Blurring the lines between hip hop, art, philosophy, culture, travel, and comedy. In other words, everything that makes a KNURD.

The Best Albums of the 2010s (In My Expert Opinion)

A FlossCast With a Dose of Black Girl Magic

Netflix Gems: Jim and Andy: The Great Beyond

I'm a super KNURD, and there's nothing better than indulging in a few vices and settling down with a good Netflix documentary. Pictured: Me and my vice ;-) I probably appreciate documentaries more because I can never complain about bad acting, writing, or special effects. Every now and then, I come across a surprisingly good one. Jim and Andy: The Great Beyond, is a documentary revolving around Jim Carrey's role as Andy Kaufman/Tony Clifton in the 1999 film Man on the Moon. S 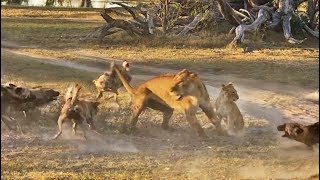 For a long time in hip hop, countless artists have claimed to be "gangsta", but what does it really mean? I'm not going to give a long explanation, but instead, share a moment that captures the true meaning of gangsta. This particular example is a situation most of us have witnessed on the big screen, in Disney's The Lion King, where Mufasa fights off hyenas defending his cub Simba. A variation of that bad ass moment has been captured on camera, this time featuring a lioness,